Año: reduction of processing time of their financial assistance - key to sustaining gains of E-CLIP 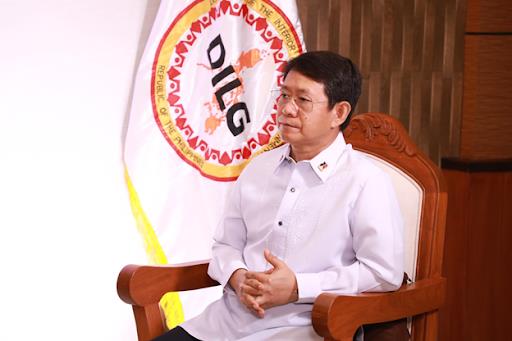 FRESH START TOWARDS PEACE: Interior and Local Government Secretary Eduardo M. Año is elated by the progress made by the former rebels who already availed of support provided by various government agencies. He said that his department was committed to assisting those who returned to the fold of the law to live prosperously and peacefully as members of mainstream society.

As one of the lead agencies of the Task Force Balik-Loob, the Department of the Interior and Local Government (DILG) provides financial assistance and funding for  halfway houses for former rebels (FRs) and former violent extremists (FVEs). The DILG employs a host of programs to streamline the reintegration process for rebel returnees and help them start anew. One of these is the Enhanced Comprehensive Local Integration Program – Information System (E-CLIP IS) used for the reintegration of former rebels (FRs) and former violent extremists (FVEs).

E-CLIP IS is a tracking system for financial assistance for FRs and FVEs. It is designed to methodologically collect, store, track,  and manage the request for financial assistance of FRs and FVEs that have been utilized by the local social welfare and development office. By utilizing this system, the turnaround processing time has been cut short from the submission of requests for fund allocation to its approval and release to DILG Regional Offices.

While innovations such as the E-CLIP IS help make the program more efficient, he also noted the concern of the regional and provincial offices of DILG regarding the increasing number of FRs and FVEs resurfacing, which might require additional budget for the program above the allotted budget by partner agencies. Despite this, he considered this development as attesting to “the success not just of E-CLIP implementation but to our overall anti-insurgency campaign.”

According to the Secretary, the DILG addressed this concern by issuing an advisory to the regional offices about the status of funds available, and submitting letter of requests to Department of Budget and Management, as well as the Office of the President for additional funds for the DILG-administered package of assistance under E-CLIP.

As the reintegration program benefits thousands of FRs and FVEs, Sec. Año also emphasized the importance of formulating a Monitoring, Evaluation, and Learning (MEL) mechanism for E-CLIP. “Through this, the DILG will be able to keep track of the implementation and performance of E-CLIP through their achievements, milestones, and especially the impacts of the program in reintegrating FRs and FVEs,” he said.

He hoped that E-CLIP would continue to be implemented by the incoming administration because it was an essential tool in the reintegration process and nation-building in the Philippines. “I strongly encourage the next generation of leaders to continue and further strengthen the implementation of E-CLIP to aid our thrust for a just and peaceful society,” he added.

The DILG administers a package of assistance to FRs, FVEs and their beneficiaries by virtue of Administrative Order (A.O.) 10 (s. 2018), and A.O. 25 (s. 2020). This includes PHP15,000.00 in immediate financial assistance, PHP50,000.00 in livelihood assistance (for regular NPA members), PHP21,000.00 in reintegration assistance, firearms remuneration whose valuation depends on the serviceability and make of the firearms, and PHP5,000,000.00 per local government unit for the construction of halfway houses.