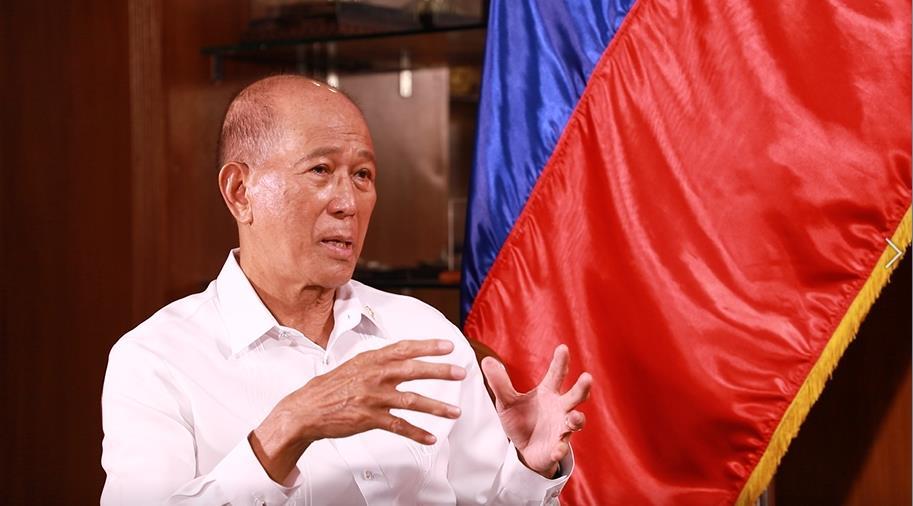 LET THE YOUTH KNOW THE TRUTH. Defense Secretary Delfin N. Lorenzana emphasizes that the best way to counter the communist terrorist propaganda is to tell the truth.

Secretary of National Defense Delfin N. Lorenzana highlighted the importance of telling the truth in the government’s drive to counter the lies of the communist terrorist group during his interview on “Balik-Loob sa Pagbabago”, which aired on 21 April 2022 over DWDD 1134KHz.

The Defense Chief said that the youth should know that no good will come out of their joining the CPP-NPA, instead they will encounter hardships and unfulfilled promises.

Secretary Lorenzana, a retired soldier, recounted his experience on counter-insurgency operations, saying that this has been our problem for the longest time.

Secretary Lorenzana, whose department is one of the lead agencies in the implementation of the Enhanced Comprehensive Local Integration Program (E-CLIP), also reiterated the radical change in governance, with the institutionalization of the whole-of-nation approach. According to him, the communities which are withdrawing their support from the armed communist movement, are supported by the government through the Barangay Development Program (BDP), which aims to improve their barangays, through projects such as farm-to-market roads, construction of schools, and electrification of communities.

Secretary Lorenzana also reminded our people that peace is everyone’s responsibility. “It is not only the job of the security sector, but it is the job of everybody. Let us help each other. We are a community, and the only way we can move forward is to work together,” he concluded.