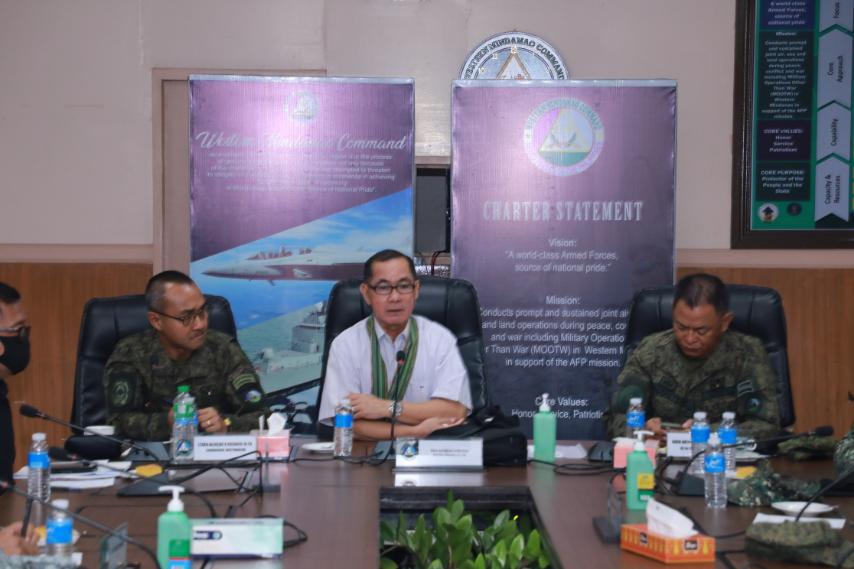 "We all want peace. Local governments are key not only in successfully implementing the program but in attaining overall peace in their communities," said Usec. Mapagu during the E-CLIP Implementation Assessment and Status Updating Meeting held on 22 March 2022, hosted by LTGEN Alfredo V Rosario Jr PA, Commander of the Western Mindanao Command (WMC) in Zamboanga City.

Joint Task Force (JTF) Zampelan reported that 411 former rebels (FRs) and FVEs have surrendered in the JTF's area of operations from 2016 to present. These rebel returnees have been enrolled or are being processed to receive various assistance under E-CLIP.

In a separate conference held at the 11th Infantry Division Headquarters in Jolo, Sulu on the same day, JTF Sulu reported the progress of the Bangsamoro Task Force to End Local Armed Conflict in bringing community development programs to counter local terrorist groups in Mindanao. However, challenges in translating the national reintegration program to the peculiarities of the Bangsamoro region remain.

"The local government units should consider filling in the gaps observed in the programs of the national government for the reintegration of our brothers and sisters," Usec. Mapagu said, emphasizing that monthly meetings of E-CLIP Committees should be held for regular updating and assessment. "During meetings such as these, issues are threshed out and we find ways to resolve them."

"Let us insulate this program from politics because we are all stakeholders of peace. We should not leave our former rebels and FVEs behind," Usec. Mapagu noted.